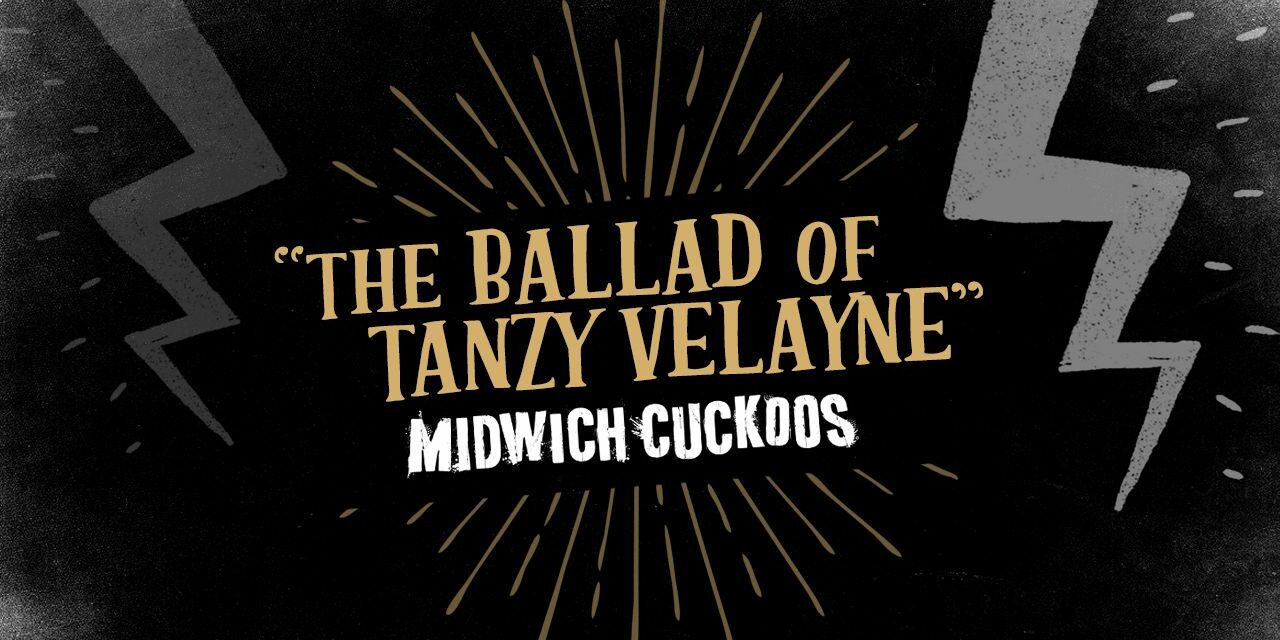 Punk crossover band, Midwich Cuckoos, are delighted to reveal the video for their new single ‘Ballad of Tanzy Velayne’ out now. The track is the latest to be taken from forthcoming new EP Glory released on 23rd February 2022.

The Glory EP forms the second and final part of their new album Death or Glory, which is released physically on 8th April 2022 via Onslaught Music.

When the idea came about to build the forthcoming new Cuckoos album around a central narrative, it didn’t take long for the concept of ‘the fall and rise of Tanzy Velanye’ to gather some momentum amongst the band members, with their latest single an ode to accepting your past mistakes, forgiving yourself, and changing for the better.

Commenting on the development of the album’s narrative, vocalist Tanzy Velayne says: “The song has an uncanny resemblance to personal experiences that I have gone through. The concept of the Rise and Fall for me is basically about how Tanzy—myself—can be quite self-destructive, cold and a tad evil at times, having spent a considerable part of her life making poor choices. Perhaps she refers to these dark choices as the DeeDee of The Band…DeeDee being the evil force, the devil on your shoulder telling you that the wrong things are right.”

Over the course of the single and album, the eponymous Velayne has an epiphany: she wants to silence the DeeDee on her shoulder and listen more to the good; she wants to be a better person.

“Although you can never change the past, you can always make for a better future, or maybe it’s just a case of embracing the dark side—accepting yourself with your flaws and letting go of your guilt,” says Velayne. “The struggle is hard but if you keep fighting you will eventually get there or at least inspire others to do better.”

“It takes more power to do good—to do good we sometimes have to sacrifice some parts of ourselves and be selfless at times. There are points in all our lives where we make the wrong choices, and in hindsight, we realise that was not for the benefit of anybody, including ourselves. I think a truly evil person has no sense of guilt, and I think if you do have a sense of guilt you have a conscience.”

The Glory EP is released 22nd February 2022 via Onslaught Music, with the Death or Glory album released physically on 8th April 2022