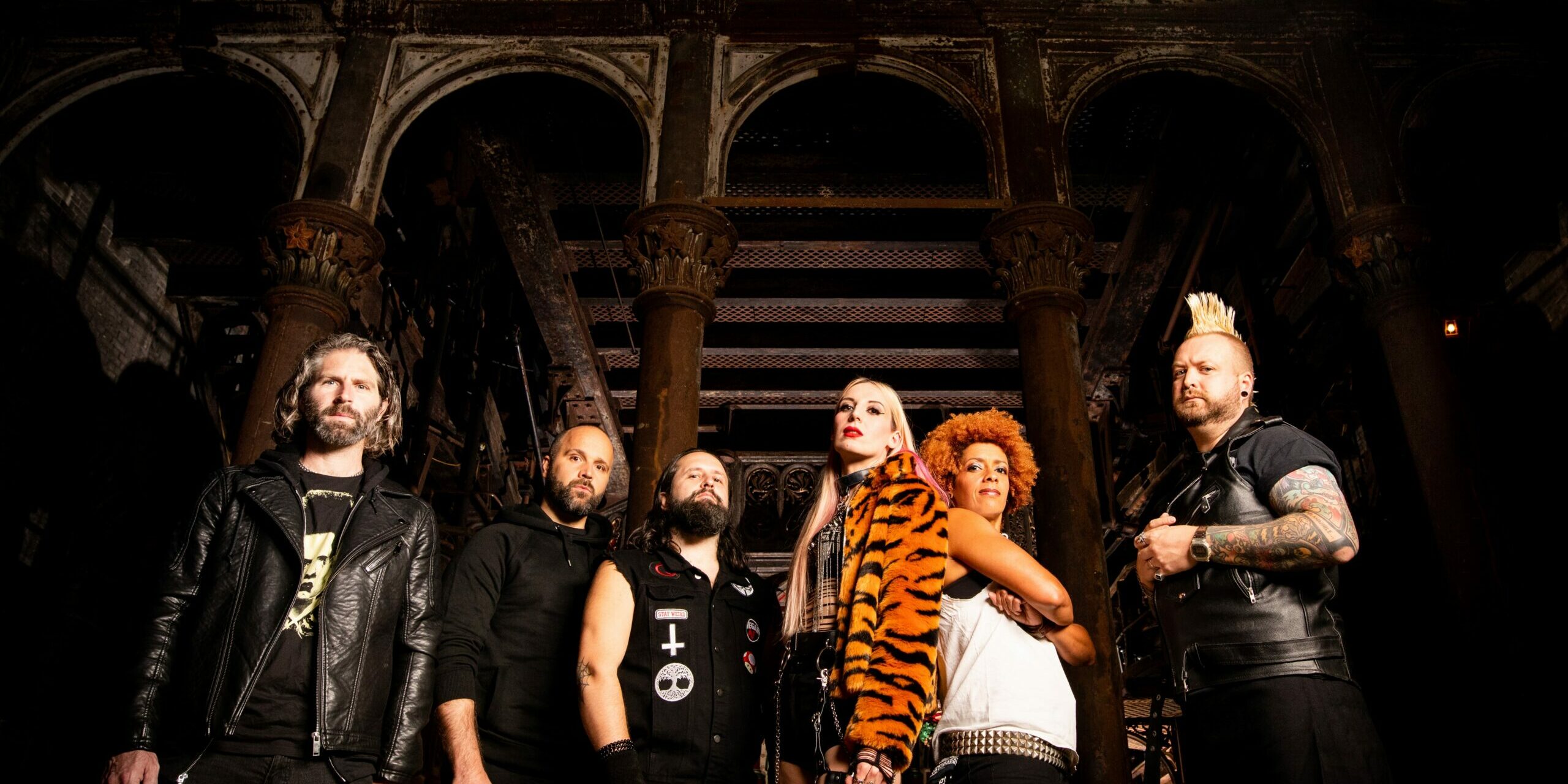 Punk crossover band, Midwich Cuckoos, are pleased to reveal searing new single ‘Sucker’ to herald in the news of their forthcoming second album Death or Glory, which will initially be released separately as 2 EPs, titled Death and Glory.

Death is set for release on 24th November 2021, whilst Glory lands on 23rd Feb 2022, both available via Onslaught Music, with the full album released physically on 8th April 2022.

The second album cements in a permanent line-up for the previously rotating cast of band members with the addition of Tanzy Velayne (vocals), Rob Jones (guitar), and Dan Rouse (drums), and refines the band’s unique, expansive collaborative approach to 21st century punk rock.

Over the past couple of years the Cuckoos have carved out a name for themselves on the UK punk scene as a stellar live act, and have been compared to The Bronx, The Offspring and The Distillers. Now, they’re taking things in an entirely different direction.

Wielding an ambitious and experimental concept album with a narrative that follows new vocalist Tanzy Valayne’s journey of atonement to regain entry to heaven, the new look Midwich Cuckoos are a fine tuned 12-legged rock’n’roll, punk and metal machine.

“The approach we took for our first album was a really experimental approach at the time, and we recorded it remotely in various countries and timezones. We basically did the lockdown album before it was cool!” laughs guitarist Lesley O’Brien.

“The new album is more audibly cohesive, but it’s a wild ride for the listener. Now that we’ve introduced Tanzy and Rob into the band and had a few years playing with them, we’ve worked out our strengths and been able to really have fun with 3 guitars. Plus with 6 people in the band, we’re not short of ideas.”

Fans of the band can expect a hard punk rock album that takes influence from 80s film soundtrack nostalgia, and is packed full of gorgeous vocal harmonies. “If Iron Maiden’s Eddie and The Terminator adopted a girl with a low attention span from the Lost Boys vampire gang, THIS is what she’d listen to,” grins O’Brien, as she describes the record.

New single ‘Sucker’ is out now via Onslaught Music