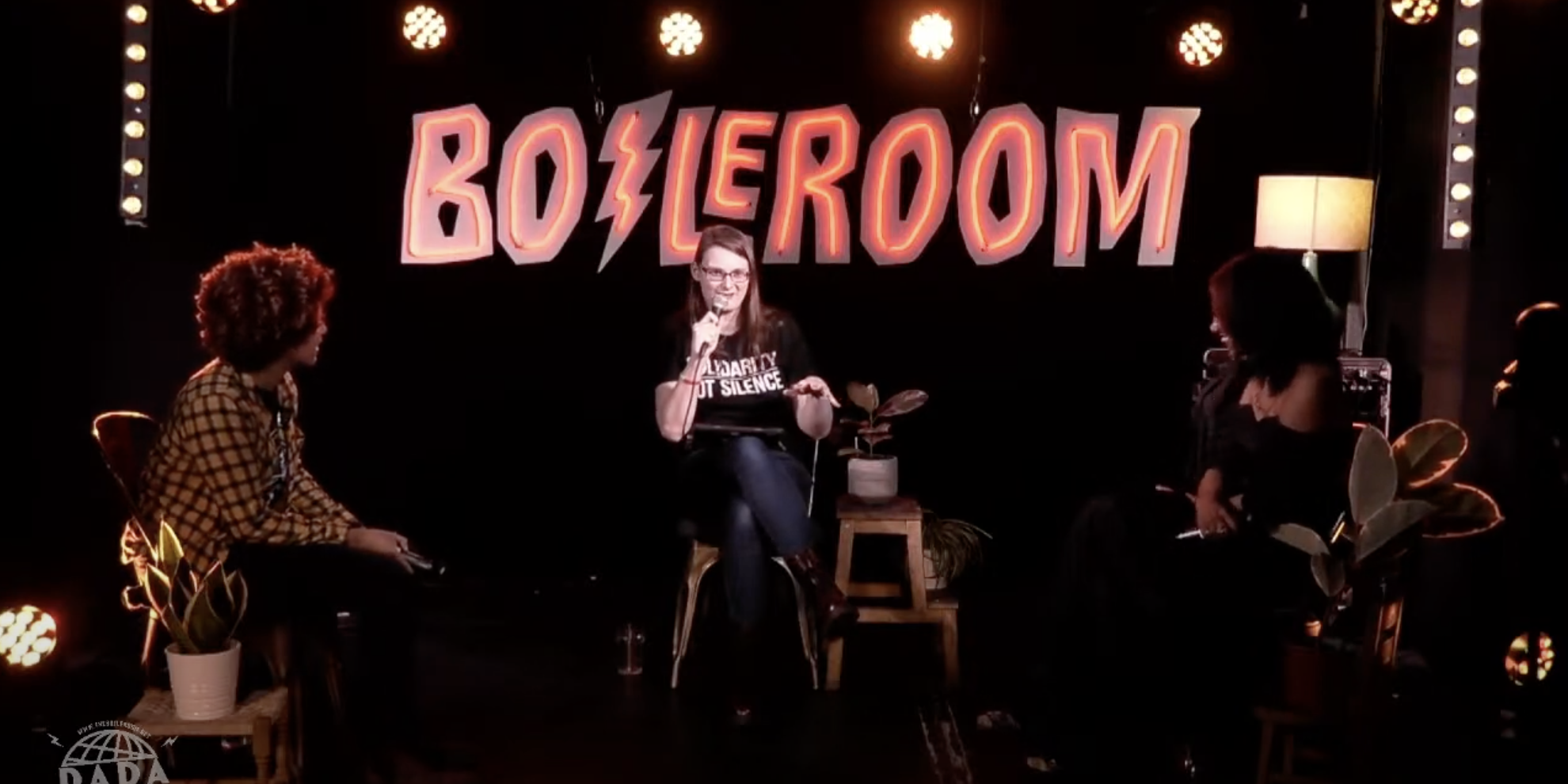 Lesley-Anne O’Brien has been label manager of Lockjaw records in collaboration with head honcho Rob Piper since 2014, she is also a guitarist in punk ‘n’ rollers the Midwich Cuckoos, a global collaboration between friends with a passion for punk rock music led to the shred-tastic formation of the 6-strong band.

East London’s avant-punk queen Nuha Ruby Ra has been spending the last year or so cultivating a dedicated following and racking up an impressive catalogue of collaborators from around the world. She’s now set to release her debut EP ‘How To Move’ on Brace Yourself Records.