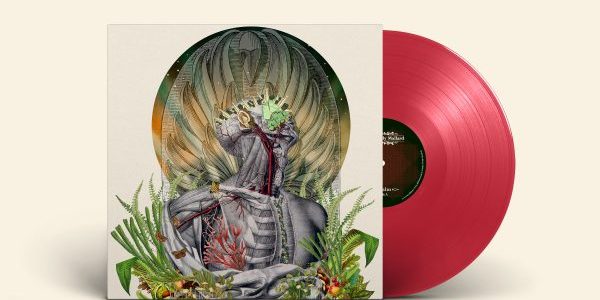 The debut album from The Bloody Mallard,‘​ Realm’​, is available on 12” blood-red vinyl, via BandCamp and the Onslaught Music website.

The Bloody Mallard​ is a heavy psych, prog, alt rock project, from London. After experimenting with melodies, rhythms and tones that were reminiscent of many mushroom trips in rural Kent, guitarist, Tom Walding, took the sonic segments finally formed into songs which turned into the album, ‘​ Realm’​.

A progressive and heavy psychedelic journey, ​‘Realm’​ moves through different tones, pace and themes, as it encourages it’s listener to explore their inner mind with a meditative state of reflection.

With the songs locked down, Tom enlisted the production skills from ​Jarred Hearman​ (Katy B, Wretch 32, Mammal, John Butler Trio, The Prodigy, Slipknot) who soundboarded the ideas. They started to collaborate on the aural tones and worked on bringing a sound that was more ‘rural’, than your typical guitar heavy prog sound.

Drummer, Jake Bradford-Sharp and bassist, Raihan Rubin, we brought in to complete and fill some spaces with their textures, and the album was recorded at Konkand City Sounds Studios​ and T​he Gin Factory.​

“Recording​ ‘Realm’​ was a unique experience,” Tom explains. “There were a number of things pushing against us all including bereavements, family in hospital and even change of bassist.. But the biggest constraint was time. The songs are ambitious and no one wanted to take short cuts. But every input was different. Jake was allowed ‘off the leash’ with his drumming and gave different versions on every take. Whereas the bass and guitars were performed more specifically. It was really about trying to find that blend to sound organic and free, but also coherent and together.”

With the recording process finished and the promotional roll-out of the album underway, Tom, couldn’t help but feeling that the project couldn’t just end there. He wanted to play the songs live.

“Jake and Rai’s musicianship is just at that perfect level between skill and empathy; they know how the songs work and how they need to move. I loved how the songs felt alive when we made our music video to ​‘Ceremonious Synapses (ii)’,​ I just couldn’t let it end there!”

Despite the coronavirus public lockdowns, the band are planning shows and investigating other ways that they can bring the live experience to listeners. They passionately believe these are songs meant to be experienced live. They have just been announced on the lineup of H​RH Prog XI​, in Leeds 2021.

‘The Bloody Mallard’s heaviest riffs to date, it’s a track with a broad scope, moving through unsettling semi-acoustic riffs and weird experimental soundscapes before hitting the listener with a crushing sense of doom.’ ​[Subject to Entropy]

‘It’s a pocket post-rock symphony, leaning to both pastoral psych and heavy metal, all within the space of a little over 4 minutes.​‘ [Subject to Entropy]